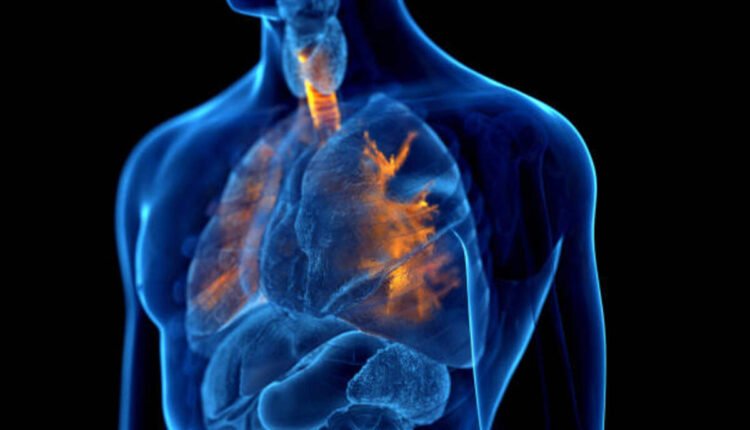 Bronchiectasis is a condition that affects the lungs. It is caused by repeated infection and can be either mild or severe, depending on the extent of lung damage. Some people may never notice that they have the condition, and others may not be able to find out until it has affected them for a long time. In either case, medication can help you manage the symptoms and lead an everyday life.

You may have bronchiectasis if you’ve experienced frequent bouts of coughing, fever, or other symptoms of lung infection. This condition causes the airways in the lungs to widen and produce excess mucus, making them susceptible to infection. As a result, people with this disease will often experience shortness of breath, wheezing, and low energy, which may lead to weight loss. However, despite these symptoms, bronchiectasis can be controlled and managed.

Patients with bronchiectasis should receive regular checkups from a healthcare provider. Depending on the severity of their symptoms, they may need to be treated with oxygen therapy or surgery. In more severe cases, a lung transplant may be required.

Patients with bronchiectasis may also have repeated chest infections, which can worsen symptoms. In severe cases, they may even develop collapsed lungs. This can cause respiratory failure and lead to heart failure.

Bronchiectasis is a chronic inflammation and dilation of the large bronchi in the lungs. It can be caused by many factors, including viral infection, cystic fibrosis, and immune defects. However, some cases are idiopathic. In such cases, a standard chest X-ray can be used as a diagnostic tool. Treatment for bronchiectasis can include both pharmacological and non-pharmacological measures.

Although bronchiectasis was once thought to be rare, a recent interest in the disease is spurring clinical research and drug development. The disease is heterogeneous in its etiology and impact, and treatments are targeted to improve airway mucus clearance, reduce bacterial colonization in the airways, and improve quality of life.

Bronchiectasis can develop in anyone and lead to various symptoms, including coughing and sputum production. It is most common in the elderly and women and is characterized by airway damage. In many cases, bronchiectasis is caused by a condition called cystic fibrosis. This lung inflammation leads to repeated respiratory infections that permanently damage the airways. This condition can also be caused by airway obstruction and recurrent infections. Lifestyle factors are also responsible for its development.

Diagnosing the disease requires a medical evaluation and blood tests to check the immune system and determine possible causes of bronchiectasis. A breathing test is also recommended to determine the disease’s severity and the infection’s progress. Depending on the symptoms, a healthcare provider may prescribe antibiotics or other treatments to reduce the symptoms.

Chronic infections can cause bronchiectasis, including tuberculosis and nontuberculous mycobacterial infection. Other common causes include immunodeficiency, connective tissue diseases, and congenital disorders. In addition, inflammation can increase secretions that serve as breeding grounds for bacteria and further damage the airways.

Prevention of bronchiectasis is a significant goal of pulmonary disease management. This disease can be prevented by several methods, including vaccination and avoiding certain substances. In addition, treatment can reduce inflammation and mucus. Treating the disease in its early stages is essential to minimize its complications.

The development of bronchiectasis follows a cycle of impaired airway clearance, infection, neutrophilic inflammatory response, and airway remodeling. These processes may be triggered by impaired mucus clearance, a host-inflammatory response, or direct injury to the airway. In most cases, bronchiectasis is a chronic, focal disease that arises from an earlier infection or endobronchial obstruction.

Although the exact incidence and cause of bronchiectasis are unknown, a recent study revealed that approximately two-thirds of patients with bronchiolitis are women. In the United States, there are about 110,000 people with the disease, with the prevalence increasing with age. Furthermore, it is a severe medical condition with a high healthcare cost.

How to Watch HBO Max on LG TVs and Vizio TVs